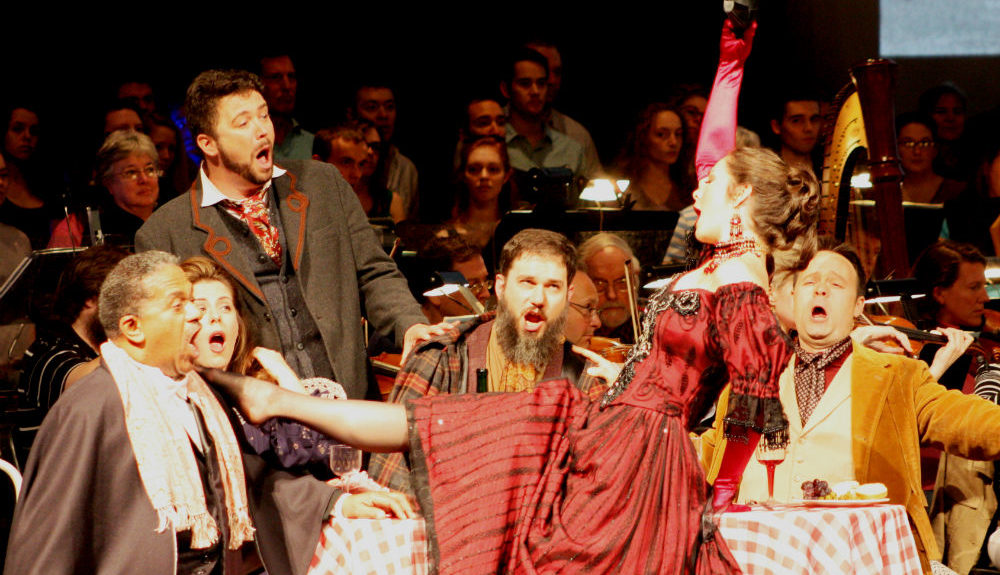 Thank you for making La Bohème a smashing success!

Bangor, ME — On Sunday, April 24, 2016, the Bangor Symphony Orchestra presented its semi-staged production of Puccini’s La Bohème to a sold-out audience at the Collins Center for the Arts. The audience response was instant and prolonged, as the entire cast and creative team received a well-deserved ovation for bringing locally produced opera to the Bangor region in such spectacular fashion.

Thank you to everyone who purchased tickets and supported this special 120th anniversary production. It was truly one to remember!