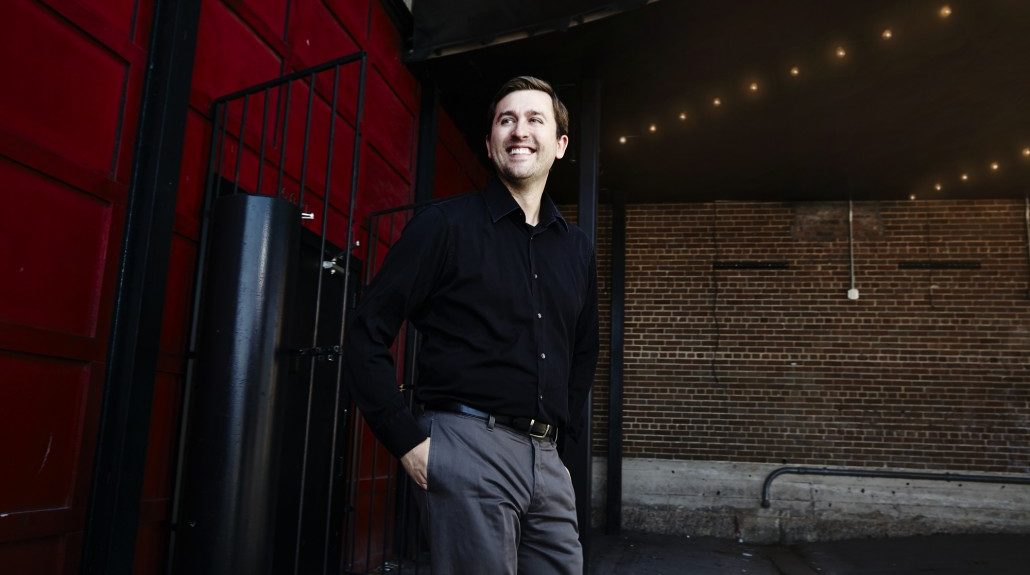 Bangor, ME — The Bangor Symphony Orchestra’s 2016-17 season begins on Sunday, October 9, 2016 at 3 p.m. with an all-American program led by Music Director and Conductor Lucas Richman at the Collins Center for the Arts. George Gershwin’s iconic Rhapsody in Blue featuring guest pianist Andrew Staupe will anchor the concert, which also features the music of Leonard Bernstein, a Maine premiere by Christopher Theofanidis, and an overture by former BSO conductor Peter Re, who passed away this summer.

Gershwin’s Rhapsody in Blue is a celebrated classic heard today as much in concerts halls as in film, television, and commercials. Makings his BSO debut as soloist in Rhapsody in Blue is pianist Andrew Staupe, who is emerging as one of the distinctive voices of a new generation of pianists. Staupe recently performed Rhapsody in Blue with the famed Minnesota Orchestra. Before the Gershwin, Maestro Richman will lead a performance of Bernstein’s Three Dance Episodes from On The Town, which includes the famous Times Square Ballet, based on his song “New York, New York.”

The first half of the program features works by two contemporary American composers. The first is Peter Re’s Celebratory Overture. Re was the BSO’s conductor from 1964 to 1976, and the work was commissioned by the BSO in 1996 for the orchestra’s centennial anniversary. Maestro Re passed away in July 2016, and this performance is dedicated to him and his many contributions to the BSO.

Following the Celebratory Overture, audiences will be treated to a Maine premiere by prize-winning composer Christopher Theofandis. His new work Dreamtime Ancestors was co-commissioned by 48 regional orchestras, including the BSO, as part of the New Music for America consortium. The piece was inspired by the Australian Aboriginal tradition and the often mystical connections between children and their ancestors.

This performance is generously sponsored by Bangor Savings Bank, a longtime partner of the Bangor Symphony. A pre-concert talk will be held at 2 p.m. before the performance at the Collins Center for the Arts. Tickets range from $15 to $45 and are available atbangorsymphony.org or by phone at (800) 622-TIXX. Student tickets are available for $10. A $4 facility fee applies to all tickets.

Those interested in getting into the Gershwin spirit early may wish to attend a special event being presented by the BSO at Nocturnem Draft Haus in Bangor on Tuesday, October 4 at 7 p.m. featuring vocalists Isaac Bray and Katelyn Parker Bray in a program titled “Gershwin and the American Songbook.” Maestro Richman will be at the piano for this free, cabaret-style performance, presented as part of the City of Bangor’s ARTober festivities.

For more high-res images or to schedule an interview, please contact Brian Hinrichs at brian@bangorsymphony.org.