Rockland, ME – The Ellis-Beauregard Foundation announced today the formation of a new award for composers of classical music, the Ellis-Beauregard Foundation Composer Award. The Foundation has put out an open call for applications, with a deadline of August 1st. The awardee will receive a $20,000 commission to create a new orchestral work, to be performed by the Bangor Symphony Orchestra during its 2020-21 Season at the Collins Center for the Arts.

Speaking on behalf of the Bangor Symphony Orchestra, Music Director and Conductor Lucas Richman said, “We are thrilled to be working in partnership with the Ellis-Beauregard Foundation on this initiative.” He continued, “Supporting composers and the performance of new music is absolutely vital to the future of the symphony orchestra so we very much look forward to sharing the awardee’s final creation with our local and national audiences.”

Composers are encouraged to visit ellis-beauregardfoundation.org for details and to apply. The awardee will be announced in October 2019.

Nico Muhly is an American composer and sought-after collaborator whose influences range from American minimalism to the Anglican choral tradition. The recipient of commissions from The Metropolitan Opera, Carnegie Hall, St. Paul’s Cathedral, and others, he has written more than 80 works for the concert stage, including the opera Marnie, which premiered at the English National Opera and was staged by the Metropolitan Opera in the fall of 2018. 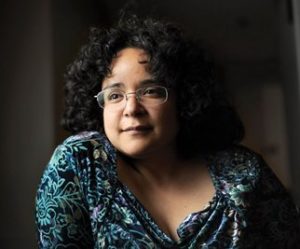 included in the Washington Post’s list of the 35 most significant women composers in history. Born in Berkeley, California to a mother of mixed Peruvian/Chinese ancestry and a father of Lithuanian/Jewish descent, Frank explores her multicultural heritage most ardently through her compositions. 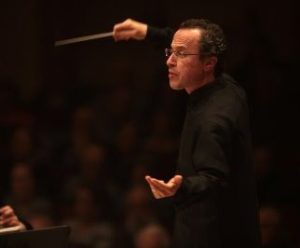 Grammy Award-winning conductor David Alan Miller has established a reputation as one of the leading American conductors of his generation. Music Director of the Albany Symphony since 1992, Mr. Miller has proven himself a creative and compelling orchestra builder. Through exploration of unusual repertoire, educational programming, community outreach and recording initiatives, he has reaffirmed the Albany Symphony’s reputation as the nation’s leading champion of American symphonic music and one of its most innovative orchestras.

About the Bangor Symphony Orchestra

Founded in 1896, the Bangor Symphony Orchestra’s mission is to provide powerful, enriching and diverse musical experiences through live concert performances and education programs of the highest quality. Led by Grammy Award-winning Music Director and Conductor Lucas Richman, the BSO today performs a robust mainstage season of Masterworks, Pops, and Young People’s concerts. Guided by a vision of serving the community in new and exciting ways, the BSO offers a variety of educational and community-focused programs, including the Bangor Symphony Youth Orchestras and a Music & Wellness Program. The BSO is a founding member of the Bangor Arts Exchange in downtown Bangor.